Grae Roberts and Lou Donaldson saved millions of dollars earlier this year by choosing a dairy renovation that focussed on labour-saving automation, rather than building on a greenfield site.

They considered a new multi-million-dollar build, but, for 10% of that projected cost, they instead made their lives easier with an intelligent retrofit.

Grae says there was no question that the 40-year-old, 48 bail rotary had run its race.

“We had small milk lines which regularly flooded, electrically it wasn’t very safe or very good, and it hadn’t had any maintenance work because it was never shut down,” he says.

“The shed just wasn’t handling the production we were doing compared to 40 years ago. We were regularly dealing with break downs, and thermo [thermoduric] grades because the plant also wasn’t washing properly. We were just starting to have all sorts of issues.”

Historically, they had run a split calving herd – milking year-round – but a move to fully autumn-calving a year ago meant they then had a valuable window when the dairy was shut down to make the changes happen.

The full gut and retrofit was commissioned in March 2022. The only untouched part was the platform.

High on Grae’s wish list was that they could achieve a one-man operation. Another pain-point was that getting to the nerve centre of the dairy to make any alterations to the operating settings had always been challenging.

When Grae’s service technician recommended he consider MilktechNZ®’s CR-1 electronic cup removers (ECR) – partly because it could be programmed from any smart device – Grae was immediately on the page.

“That Bluetooth control box got me,” Grae says. “I loved the fact that we could make adjustments in real time on our phone – and see if they worked – and, if they didn’t, we could change them back.

“With other ECRs if you make an adjustment, you have to leave it like that for the whole milking. You can’t finetune them. That was a big advantage for us.”

“It used to take three men to milk [one to cup up, one to cup off, and one to get the second herd in]. Now, it takes two, and only one in the dairy, and that has been huge for us,” Grae confirms.

“The labour thing has been one of the biggest advantages. Another good thing the ECRs have solved is that we are no longer overmilking cows. We did realise it was happening, because the guy cupping off is kind of stuck where he is, but the reality of changing that with the addition of the ECRs has made a significant difference.”

Grae says it is important that they offer their new contract milker, Tim Wilson, a cowshed he’d be happy to work in.

“It’s definitely not a new shed, we were never going to be able to make it perfect, but it’s way better. It doesn’t take us less time to milk per se, but it takes less man hours to milk.”

Tim confirms MilktechNZ®’s CR-1s have been a welcome addition for him as he eyes his target to average 600kg of milk solids per cow on the Kiwicross herd.

“I cannot fault the ECRs,” Tim says. “From a labour point of view, we’re a one-man shed now, so that was a game-changer.

“What I also really do like is being able to manipulate the milk settings for the cows. We can now control exactly how we want our girls milked out. If I want to change it, it’s so simple to make that adjustment from my phone.

“We’ve changed it a few times already depending on where the girls are in lactation. That is definitely something I’ve found really easy.

“With other ECRs I’ve worked with on other farms, it’s often too hard to access the control box, and you end up staying on the same setting because it’s just too hard to change it.”

He has also been surprised how much of an impression the big, bright and robust LED lights have made on him. The water-proof switch allows intuitive milking and gives him immediate and obvious feedback on a cow’s milking status.

“Even though it seems like a small thing, I really like the big buttons. Some other ECR buttons I’ve worked with in other dairies can be fiddly. These ones are so simple, and it’s easy to see at a glance if a cow has kicked the cups off, or if she’s finished.”

If there is a power cut, there is another practical advantage he has embraced.

“It’s so mint, that if the power cuts out and the cows are still milking, the lights go red, and they automatically shut off the vacuum to the cups. So, when we turn the dairy back on – not only do we not have to go around and build vacuum – it means we can just start back up, and cup up again.

“With the CR-1s, we know exactly which cows were finished because of the LED lights, so no girls get missed, and that makes a massive difference when those events happen.”

The Global Wash mode has also been a positive addition day-to-day. It saves time by having a single master switch that automatically puts all the milking points into “wash mode”. It also makes sure all the cups are washed correctly every time.

Tim says, “That does work well and saves us time when you compare it to other ECR systems.”

He notes also that they’ve appreciated the technical support from the MilktechNZ® team.

Stepping back and stepping up

For Grae, it’s been the first time in his career that he was stepped away from the day-to-day milkings to let Tim step up.

He says the facilities definitely made that decision easier.

Grae says, “It’s not a new shed, but it’s new for us. We couldn’t make bails bigger, but as for the rest of the cowshed, it’s a helluva lot better.” 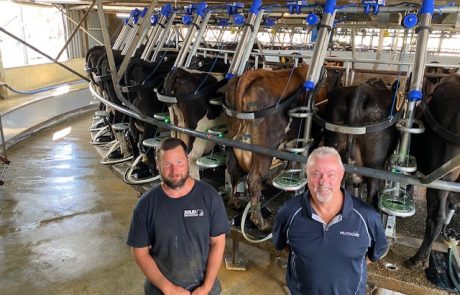 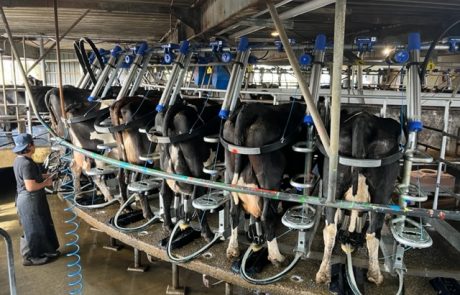 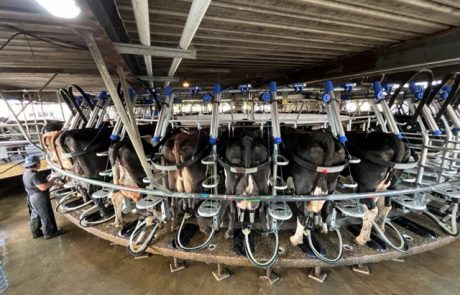 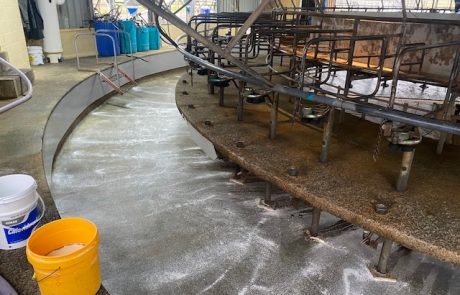 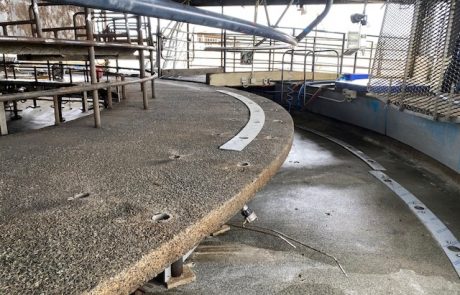 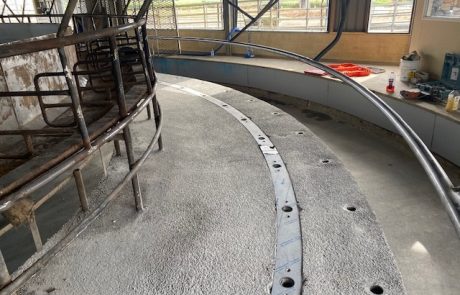 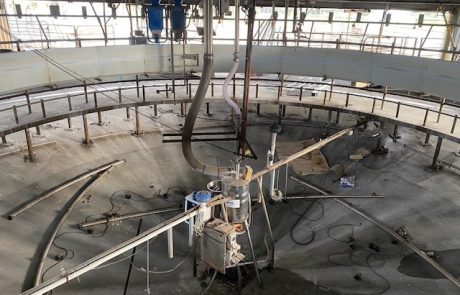 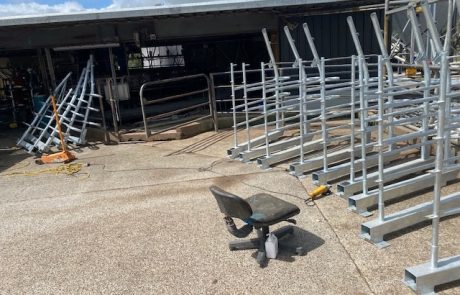 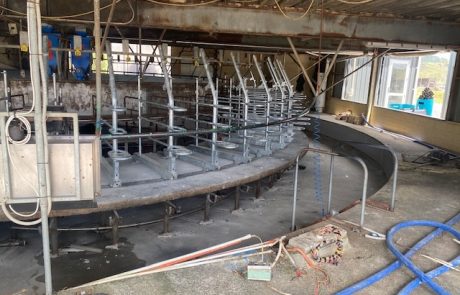 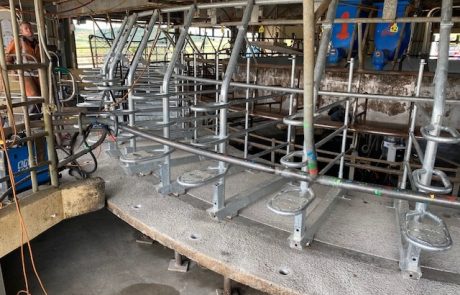 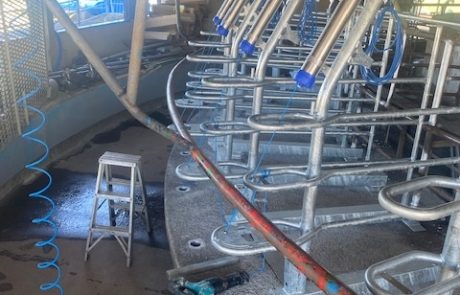 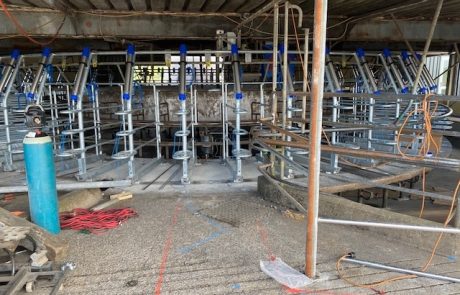 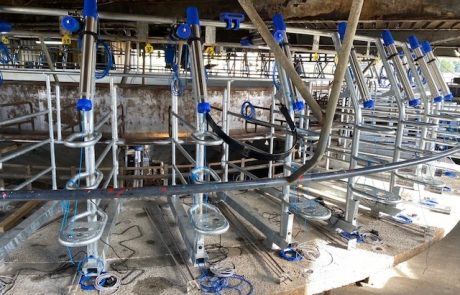 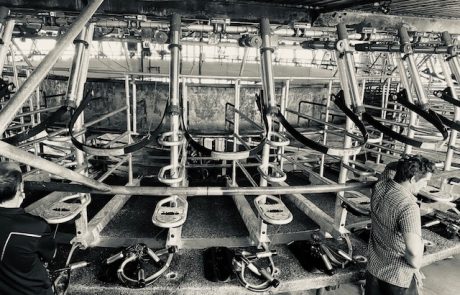 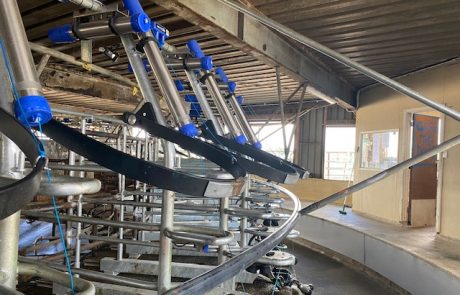 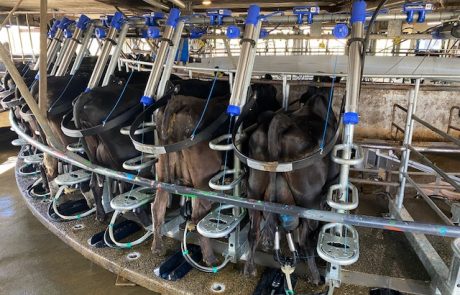 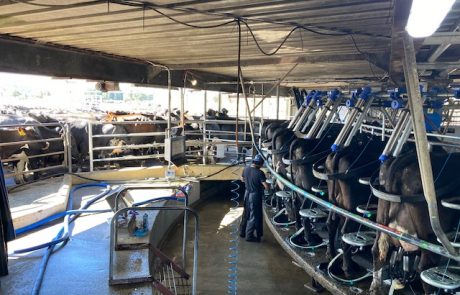