The couple runs Waterhayne Farms at Honiton. They milk 300 cows across two farms on 121.5 hectares
(300 acres) in a flying herd situation.
The herds are crossbred and Jerseys, with a smattering of British Friesians. They milk 100 autumn calvers on one farm through an eight-a-side double-up herringbone, and 200 spring calvers at the main dairy through a new 20/40 swingover. By not rearing their replacements, they can successfully operate a pasture-based operation and manage their land-locked location.
While they can’t make more land, improving efficiencies by embracing technology was one aspect that they could do something about. Jim said milking times had pushed out to more than six hours a day in the main dairy – and it had taken all the fun out of a vocation they both loved.
In March 2022, they called it.
“It was ridiculous. We had to do something,” Jim says. “Finding decent labour is becoming more of an issue, and we felt that if we put an element of technology into the parlour – regardless of who the operator was – the cows would be looked after.”

Jim and Lorna are both well-versed in the global dairy industry, and their thinking was crystal when it came to their decision.
They chose to protect their margins using simply clever innovation out of New Zealand within their dairy build. They didn’t hesitate to invest in MilktechNZ®’s CR-1 ECRs – which was stocked by their local dairy company – Dairy Farm Services.
MilktechNZ®’s CR-1 ECRs are a complete and retrofittable ECR system. Farmers can monitor and adjust their preferred milking parameters from any smart device. The technology also includes a “lift
to start”, rapid venting for softer pull-down, and an adjustable retraction speed. Its “plug and play” design means it can be installed in a dairy within one to two days between milkings.
“We are aware of the technology and milking systems coming out of New Zealand,” Jim says. “We had looked at another brand, but the price-point was scary. We liked the simplicity of this system, and our local dealer had stock.
“Also, when we found out it was Brent [Crothers, MilktechNZ®’s UK representative] and Gus [Gustavo Garza, MilktechNZ®’s CEO] we were dealing with, we knew they both had long careers with well-known brands and that they knew the industry inside and out. That’s when we got into a serious conversation.”

They were drawn to the next-level WiFi technology, which includes some meaningful and exclusive functions. Jim liked that either he or Lorna could be standing in the parlour and change all the cluster settings from their phone.
“The ‘lift to start’ function is life changing. You know the Bee Gees when they sing ‘Stayin’ Alive’? That’s how I used to look when I reached up to make the milking unit start in the past. I was starting to get bad shoulders, and all the turning was affecting my hips.

“Now, I lift the cups and they start automatically, and if I hold them slightly longer, they switch to manual mode. That simple delay to choose the manual mode is a brilliant feature for the cows on the dump bucket.

“The ‘max milking time’ is also great for any slower-milking cows, and it can be set to stop milking even when the animals are milked in ‘manual mode’.”

Jim says he is glad he listened when Brent advised them to install the “global wash” function, which transfers all the milking points from milk-to-wash mode with a single switch.

Lorna adds, “We drain the parlour every milking, and in the morning, we just have to flick a switch from wash-to-milk mode. That might not sound like a big deal, but when you do it every day … it is.”

Jim says, “They have that stylish, slim design and aren’t too big and bulky, so they don’t look out of place in the dairy. They look like they should be there. Also, the brain of the unit is in them. In our old automatic cup removers, you had a tube with wires going to the brain of the unit like a spider web.

“The CR-1s are all neat and tidy and nothing can chew through the wiring because it’s no longer exposed. They’re robust and consistent.”

Combined with the new parlour build, the Saputo Dairy UK suppliers have halved their milking time.

“Everyone asks me to express what the change has done for us and the one word that I keep coming back to is ‘effortless’,” Jim says.

“It’s now not a slog to milk the cows, we’re not tired when we come out of the dairy and our ‘thank goodness THAT’s over’ that we used to utter – along with a couple of other words, if we’re honest – has now changed to ‘thank goodness we built this dairy’. 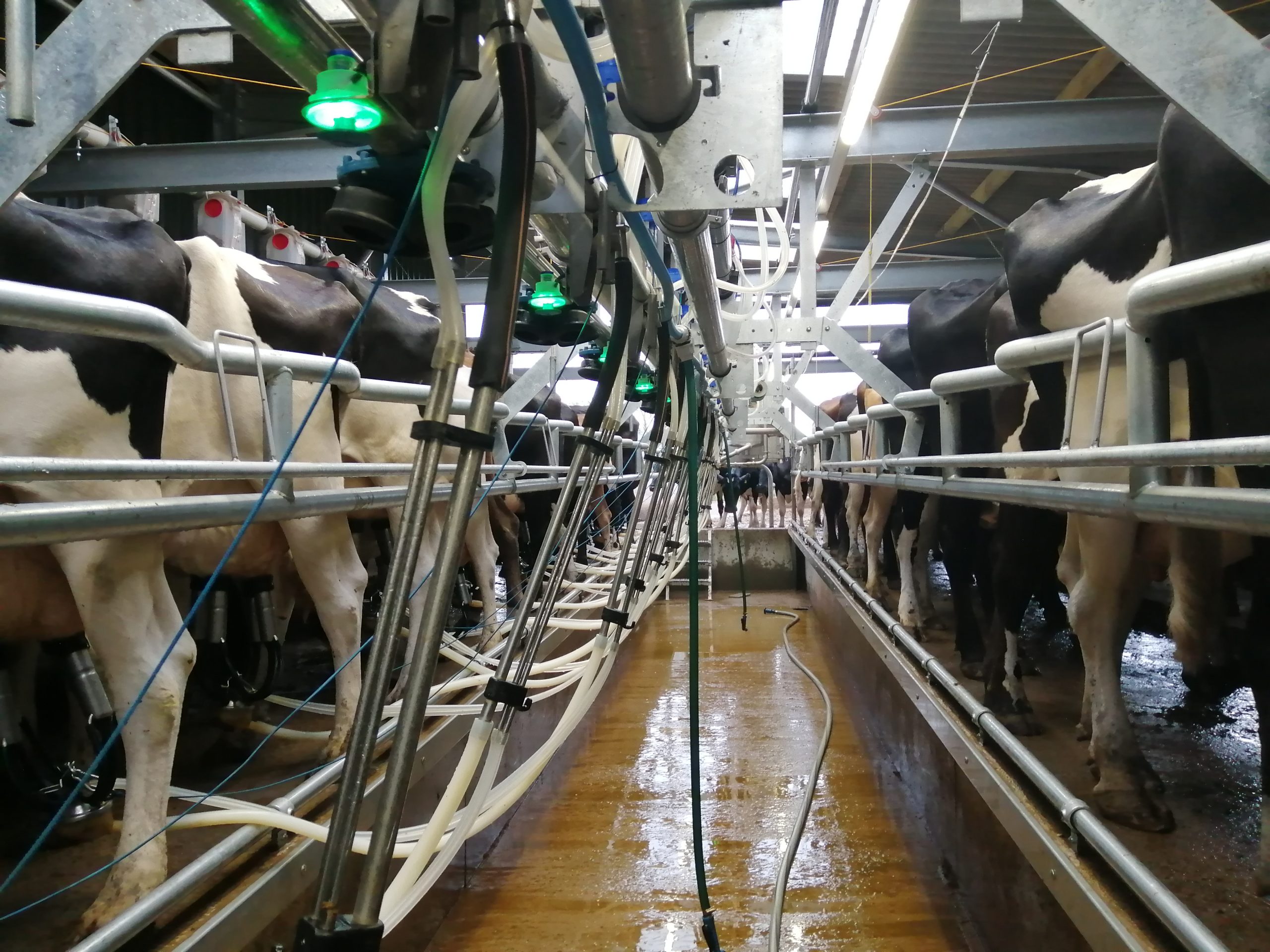 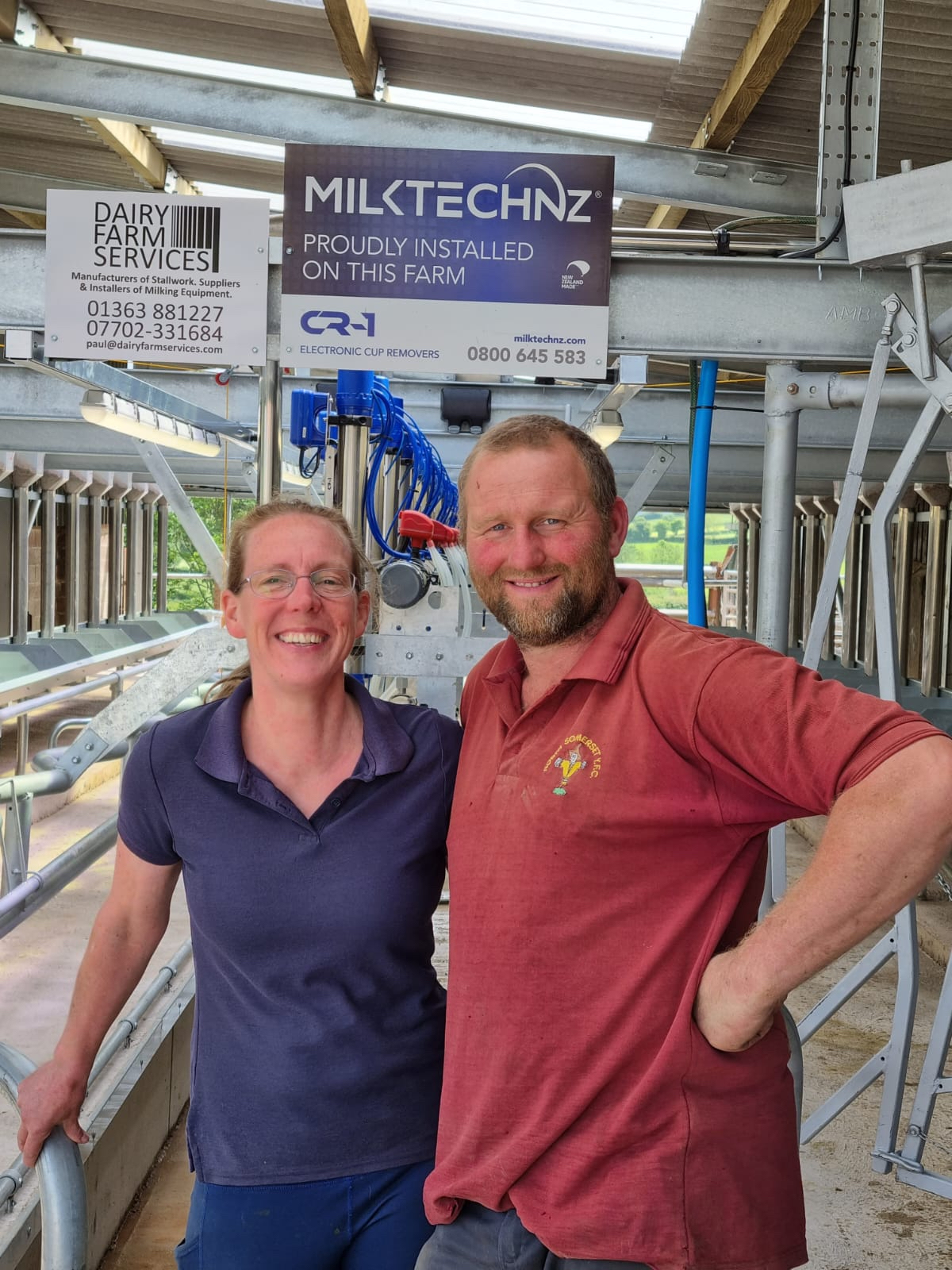