Including the latest technology in Electronic Cup Removers (ECRs) carried some surprises for Kevin Knight.
The Southland dairyman milks 660 predominantly Jersey cross cows [in two herds] through a 45-a-side herringbone at Waimatua, 12km east of Invercargill. Originally from the Waikato, Kevin and wife Bronwyn moved their family South in 1997 and – after sharemilking for three years – took the step to ownership. They own 225 hectares and lease another 50ha from their neighbour.

“It’s a 45 a-side shed, we run two herds all season, and it was always a battle,” Kevin said. “Without ECRs you need three people at the dairy all the time – one getting the herds in – and the other two in the shed. We also run a sick herd and cows were being overmilked.”

His ‘what’ for choosing MilktechNZ®’s CR-1 ECRs turned into another simple decision.

“I’d seen the CR-1 ECRs at the Fieldays®, and I really liked them. They were well-built, nice, and simple, they used WiFi, and they were easily retrofitted. But most of all it was the quality that really drew me. I also have a lot to do with DairyTech South and Shane Simpson [Dairy Tech South’s owner] and he recommended them.”

MilktechNZ®’s CR-1 ECRs are a complete ECR system. Farmers can monitor and adjust their preferred milking parameters from any smart device. The technology also includes a ‘lift to start’, rapid venting for softer pull-down, and an adjustable retraction speed.

Kevin and Bronwyn’s sons, Brad, 31, and Hamish, 22, are involved in the operation and with them comes their generation’s wholesale acceptance of technology. Brad manages the farm, and he has embraced the CR-1s user-friendly app.

“That has been so convenient for Brad, because he can change the milking parameters – if he needs to – while he’s standing in the pit,” Kevin said.

The installation was completed within two days in between milkings by DairyTech South with 600 cows coming through the dairy as they approached peak production last spring.

“That was pretty awesome really,” Kevin said. “On the first day someone came in and put the hanging rail in and welded things into place, and the next day they pretty much had everything in and working.”

Surprises can be pleasant

The pleasant surprises have included how little room the MilktechNZ®’s CR-1s take up in the dairy.

“I’ve used ECRs in other sheds before and they can be a pain in the arse,” Kevin said. “They are always in the way. The CR-1s aren’t because of the way they sit up out of the road above the milk line. All you see is a string. They are very hassle free – fantastic really.”

Teat-end health has been another positive result.

“It has definitely improved. It was noticeable when we dry-cowed this year because you often pick up teat-end problems when you’re trying to put a tube of penicillin in. The teats were in really good order, and that was definitely a change.

“I’ve also noted that we’ve had no mastitis through this winter.”

The expected result has been how much pressure it’s taken off the team in the dairy.

“When you look our guys milking in a 45 a-side shed you can see now that a third of the cups are off before they even finish getting the other side in. Before we had the MilktechNZ® CR-1s, those cups would have been still sucking away on those cows long before they could get them changed over.

“Everyone can just relax and chill a bit. It’s a concern when you realise how much the cows were being overmilked.

“Once we get through calving and mating, two people are able to manage milking quite easily now.”

As a respected local business owner, DairyTech South’s Shane Simpson knows his name is everything. He never second-guessed himself aligning with MilktechNZ®’s products when the company established in Hamilton in 2018.

His confidence was in its founder and CEO – Gustavo Garza MilktechNZ® – who is respected in the global milking equipment space for his exemplary design skills, outgoing personality, and work ethic. In fact, many of the design innovations coming out of the multinational companies in New Zealand between 2000 and 2015 found their origin at Gustavo’s desk when he worked for those companies. When Gus founded MilktechNZ®, he gathered several of his former colleagues, and Shane didn’t hesitate to recommend MilktechNZ® to his customers.

“The CR-1s are an extremely smart bit of kit,” Shane said. “I’ve been in the industry for 19 years and these are brilliant. They are top of the line worldwide, there’s no doubt in my mind. The quality is second to none and – not only that – they can be upgraded in the future as technology grows, which was a big selling point for me.

“We have a great relationship with MilktechNZ® and Gus. If we ever have a small issue, or if we think there is a better way to do something, they all listen. They are really good that way.”

Shane says his team has got the installations down to a fine art. They complete the pre-wiring in the workshop, which allows them to complete the physical install on-site – often within a day on-farm.

“We bring in a heap of men and utes, and we just make it happen,” Shane said.

Kevin says the MilktechNZ® CR-1s have delivered on every promise they made.

“Absolutely, it’s been great. I have no regrets at all.” 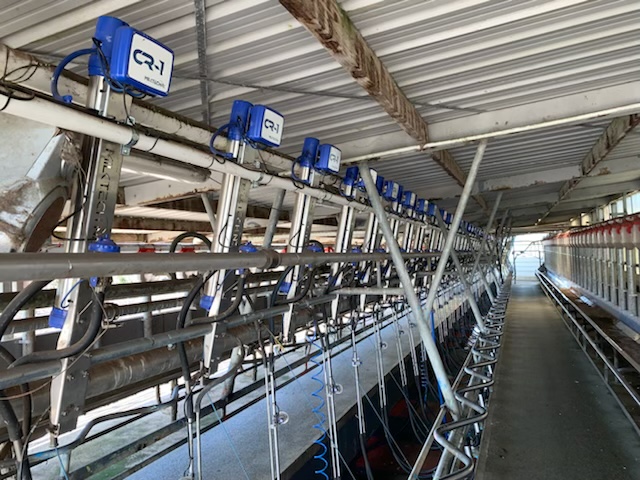 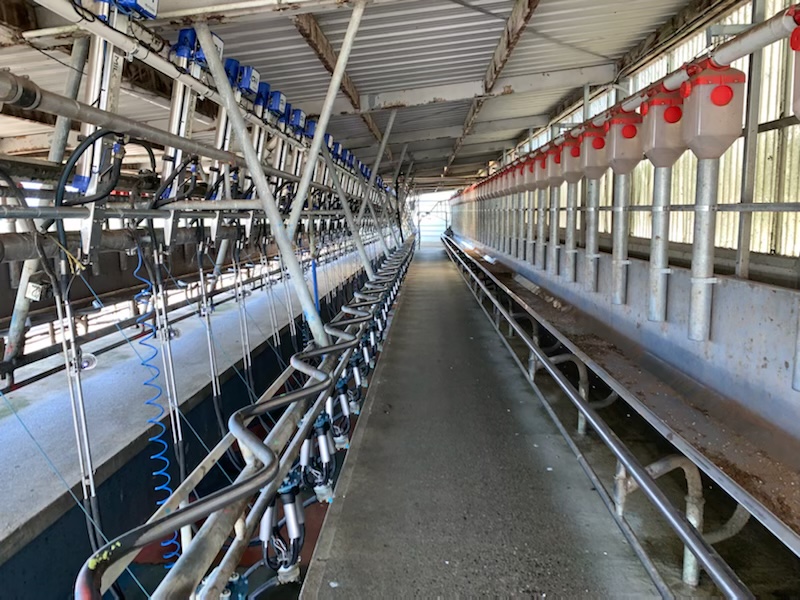