Upgrading to CR-1 electronic cup removers in between milkings

US-born couple Chad and Jan Winke are so comfortable with technology that when they make choices for their New Zealand dairy operation you can bet they’ve done their homework.

Chad and Jan immigrated to New Zealand 13 years ago – leaving behind a 30-cow tie stall operation in Waukon – in the north-east corner of Iowa.

They boarded the plane with two small children [which would expand to three in New Zealand] – bound for the southern hemisphere. They were both aged 33 at the time.

It was a courageous decision eased by the knowledge that Jan was coming to a position with a leading milking technology company in New Zealand. She has since stepped up to a new position with Dutch multinational company specialising in technology.

“We had milked cows for 10 years in the States, I worked off-farm, and we had sold everything, and left with debt,” Jan said.

“I honestly had zero interest in Chad being self-employed in the dairy industry. I thought it would be so much better if he just worked for someone and got paid a wage, and that would be just fine.”

However, it wasn’t long before her husband came to her with a plan, and the wheels towards ownership once again started churning.

Karo Preston at Preston Wills Dairy at Walton – 10 minutes north of Matamata in the North Island.

Two years ago, they stepped that up to their current 50/50 sharemilking position owning 800 cows on 215 effective hectares [240ha total, including a run-off for young stock]. Chad and Jan own the cows, and some of the equipment. Grant and Karo own the land. Chad and Jan employ four full-time staff.

The cows are split into three herds, and they are milked through a 44-a-side swingover herringbone parlour. It was taking roughly 2.5 hours to milk. During spring calving, fresh cows peak at around 30 litres a day.

While the herd’s diet is largely pasture-based, it is also fed a partial mixed ration of silage.

CR-1s ECRs got the nod

This season they started looking at Automatic Cup Removers (ACRs). They have a winter milk contract, so the transition had to happen while 600 cows were coming through the dairy twice-a-day.

“We wanted to try and eliminate over-milking in the cows, improve teat-end condition, and to achieve consistency in the cowshed no matter who was milking,” Chad said.

“We have routines in place and it’s pretty easy to get the front part of those routines right. But if you have a new person in there it can change how that backend works at cups off.”

They were also focussed on cow flow, their staff’s working environment, and they could both see that the incremental time savings in cup transitions would add up to a meaningful result.

Chad said MilktechNZ®’s award-winning CR-1 electronic cup removers (ECRs) got a unanimous vote from both of them. Their pit is two metres wide, which complicated their decision.

“There are a few things that I liked about the MilktechNZ® CR-1s ones over some of the other options,” Chad said. “I really liked the design of their swingarm. It was all stainless steel, it looked nice, but it was also very functional.

“It also had the option of the longer swingarm which we needed because we have a wide pit. The better cup alignment was very important for both of us.”

Jan added, “With the CR-1s you could connect via the WiFi on our phone to check the settings and adjust things with the push of a button. We didn’t need any specialised gear like some of the other old-school handheld options, which can get lost as easily as the remote control for our TV.”

Upgrading the dairy while milking 600 cows

They said the installation – handled between milkings – took four days.

“I haven’t been around a ton of big projects in cowsheds, but I’ve seen a bit,” Chad said. “MilktechNZ® had their people out there and they stayed there and did the work. It wasn’t like a lot of general contractors who are in for a couple of hours, and then they shoot off to another job. MilktechNZ®’s technician was really onto it too.”

Jan said she was always going to keep them honest.

“I was looking for problems, to be fair,” Jan said.

Chad adds, “Well, you are a technical support specialist who trouble shoots things.”

Jan finishes, “Whenever you install a bunch of electronics there are always going to be teething moments. The minute something didn’t work, I was messaging or calling. I wasn’t going to let anything slide and it always got resolved very quickly. I was impressed.”

The MilktechNZ® CR-1s will save the couple roughly a minute a row on 20 rows during peak production. Just as importantly, it has also taken the knife-edge moments out of the process.

“When you milk with two people in the shed if someone has to step out – regardless of the reason – you don’t worry about the cows anymore regarding over-milking or turning it into a 15-minute row,” Jan said.

“We can definitely say we are milking faster. Our row times have shortened because there is physically less work. The other big thing I noticed immediately is that there is significantly less cup slip because of the better cup alignment.

They say the time-savings and better milk-out because of the cup alignment subtlety and incrementally add up.

“The let-down time at the front of the row is no different. But we are saving multiple minutes in the transition between sides, and in the exiting,” Chad said.

“Our staff no longer lose that time when you have to take the cups off and swap them over. The cups are literally just hanging there ready to go. They just grab them, lift, and cup up the other side.

“On top of that we have the maximum cup time set to 7.5 minutes. So, if we have a slow cow, it doesn’t ruin the whole row. We have six to eight cows that are working really hard and they are maybe not always the fastest at letting their milk down.

“Our team identifies those cows, and they automatically draft them out once-a-day [in the morning generally] and they come back around in the last row and have the cups on them for a second time.

“Before we had the MilktechNZ® CR-1s we still identified those cows and did the same thing – but the CR-1s makes them pretty darn obvious.”

Looking after cows and staff

The break-down on time savings – in relation to staff commitments – comes in at 80 minutes a day.

“It means that if two people are milking it will save 40 minutes of labour every milking. That means they are either spending less time physically in the dairy – and it makes their days shorter – or they are out doing something else,” Chad said.

As they look back on the journey, they say New Zealand has been a great move for their business, and for their family. Their children include Will, 18 [who is studying accountancy at Massey University], Wyatt, 16, and Elena, 9.

Jan said, “New Zealand has allowed our dream in dairy farming to become a reality. If we were still in the States, I just don’t think we would have been able to continue dairy farming. Every year we see on Facebook that one of our friends over there make that very tough decision to get rid of their cows.

“We’re very grateful we made a very different – albeit difficult choice at the time – 13 years ago.” 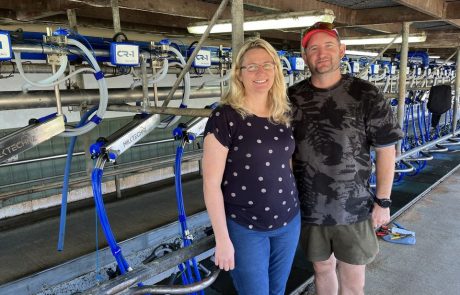 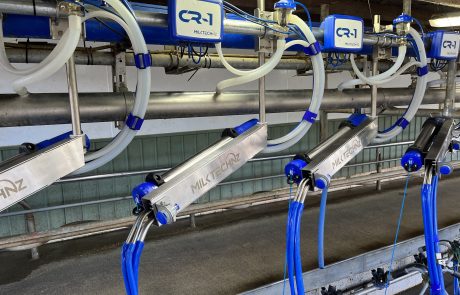 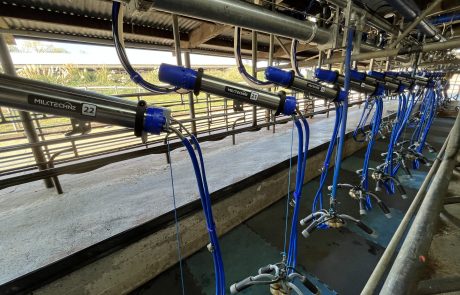 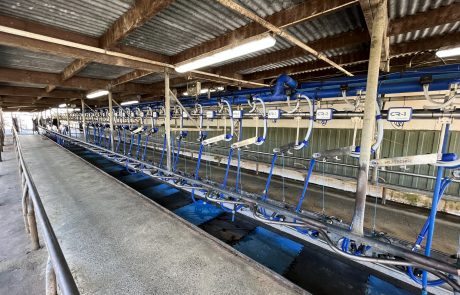 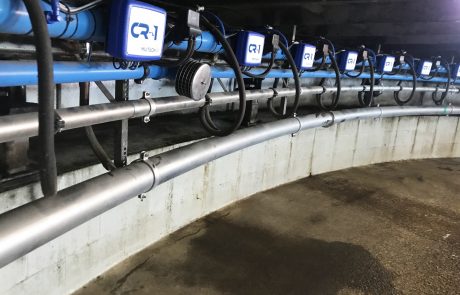 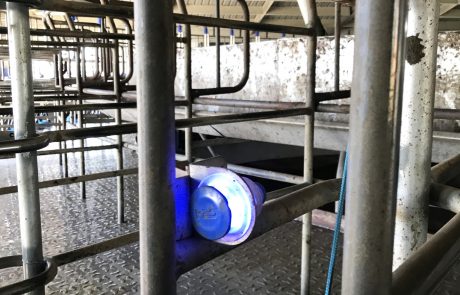